Mark syntax is a superset of JSON. The primary extension that Mark makes to JSON is the introduction of a new object notation to support markup data, commonly seen in HTML and XML.

Below are the key grammar rules for the new Mark object in BNF notation:

(Note: for clarify, whitespace rules are omitted in the grammar above. You can refer to the formal BNF.)

Comparing to a JSON object, a Mark object has two extensions:

In the general form, character ? needs to be escaped with double ??.

It can be used for content like comments in HTML and processing instructions in XML, and embedded expressions in templates.

3. Other Syntax Extensions to JSON

Other syntax extensions made to JSON are pretty much just syntax sugars, some inspired by JSON5.

The formal grammar specification in BNF is here.

Following the JSON convention, a railroad diagram of the entire grammar is also provided to help you visualize the grammar. You can click on the grammar terms to navigate around. Below is a snapshot of the top-level of the grammar. 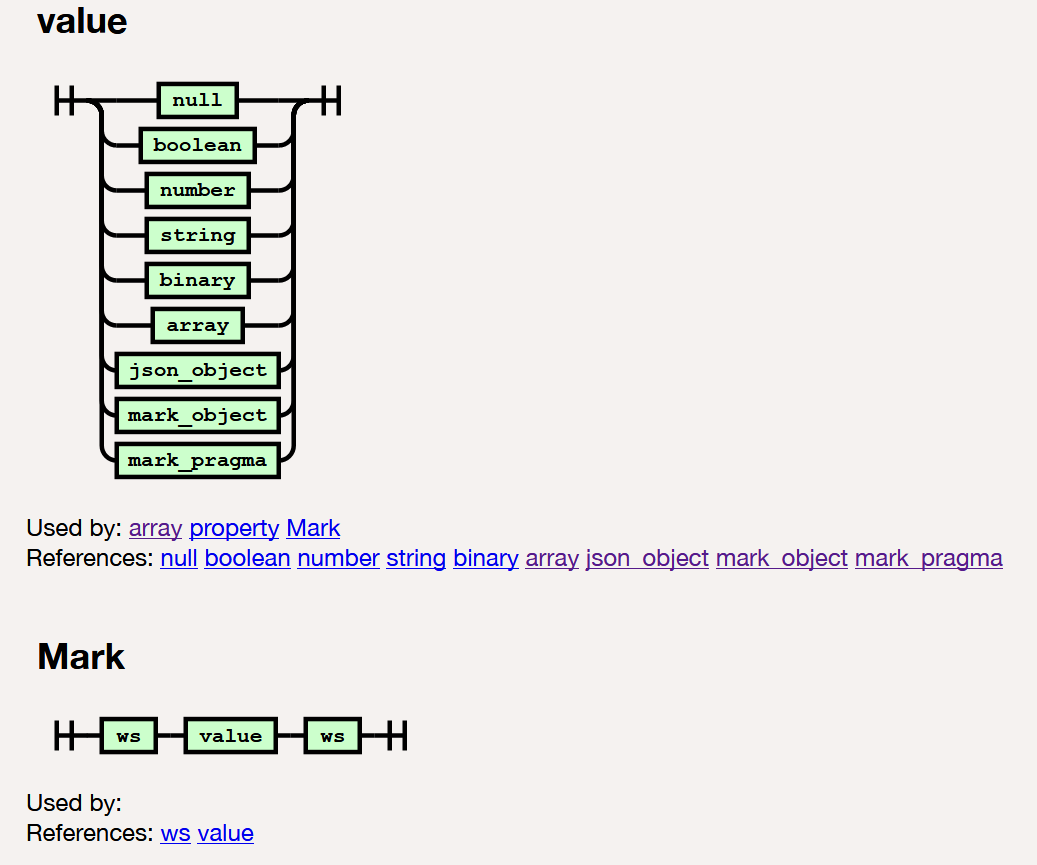 mark is maintained by henry-luo.

This page was generated by GitHub Pages.